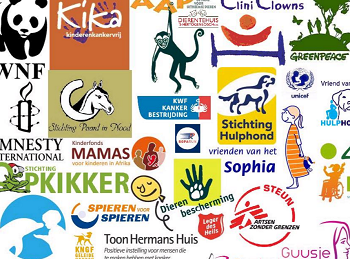 Dutch Lotteries are not only very generous to their own players. Did you know that they donate a lot of money to charities? A total amount of 328 million euros is given by all these lotteries together. Incredible! An overview of the donations from the Friends Lottery, Postcode lotto, the Bank Giro Lottery, the Lotto and Lucky Day.

Big donations from the Friends Lottery

Cultural organizations are very happy with the Bank Giro Lottery. In 2015 it has donated an incredible 63 million euros to cultural organizations. The amount of money was very welcome obviously. It comes as no surprise that BankGiro is called the ‘Culture Lottery’. 1 out of 20 people in the Netherlands support this special lottery. It supports a wide variety of cultural projects, about 70 in total. About 50 percent of the total number of donations go to museums and performing arts foundations. The other half is divided among other cultural events, including pop festivals. So thanks to the BankGiro you can enjoy great music festivals every year! Donations from Lotto and Lucky Last but not least, Lotto and Lucky give a substantial part of their revenue to charities. These lotteries are quite old and were established in 1961. In the past fifty years they’ve donated about 550 million euros to all kinds of charities. Not just to cultural organizations like the BankGiro Lottery, but to health and well-being foundations as well. At the moment 18 charities are supported by Lotto and Lucky. The Lotto thinks that sports is an important part of society and thus has donated 1,4 million euros to NOC*NSF in 2015! A special foundation called ‘Aanwending Loterijgelden Nederland’ has been established to safe the lottery money at a good place. 26 percent of the net income is donated to this foundation.
Go back